For the full interview, see it on Fiction Advocate.
Published on October 19, 2016. 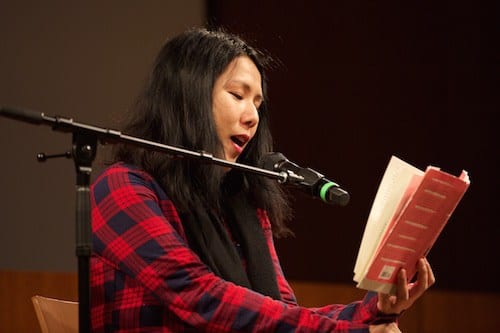 Suki Kim is an investigative journalist, novelist, and the only writer ever to live undercover in North Korea. In 2011, Kim Jong Il’s final year, Kim spent six months posing as a Christian missionary and an English teacher in Pyongyang, documenting the psychology of the future leaders of North Korea, which resulted in her New York Times bestselling work of literary nonfiction,Without You, There Is No Us: Undercover Among the Sons of North Korea’s Elite. Kim has also written for the New York Times, New York Review of Books, Harper’s, and The New Republic, where she is a contributing editor. Her first novel, The Interpreter, was a finalist for a PEN Hemingway Prize. Born and raised in Seoul, Kim lives in New York.