For the full essay, see it on The Rumpus.
Originally published on August 18, 2014. 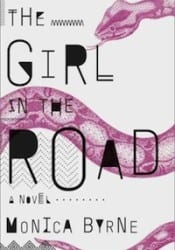 Let me disclose two things up front. This past year I was an editorial intern at the Frances Goldin Literary Agency, working for, among others, Monica Byrne’s agent. I also, like Byrne, went to Wellesley College, though she graduated seven years before me. While I have yet to meet Byrne through either of these channels, I heard a lot of buzz about her debut novel The Girl in the Road and could not wait to read it as soon as it came out. Just as one of the heroines of The Girl in the Road, Mariama, develops an infatuation with a goddess-like woman named Yemaya, I became obsessed with Byrne from afar before her book was even published. My feelings have only magnified since finishing her novel.