For the full essay, see it on The Toast.
Originally published on August 19, 2014. 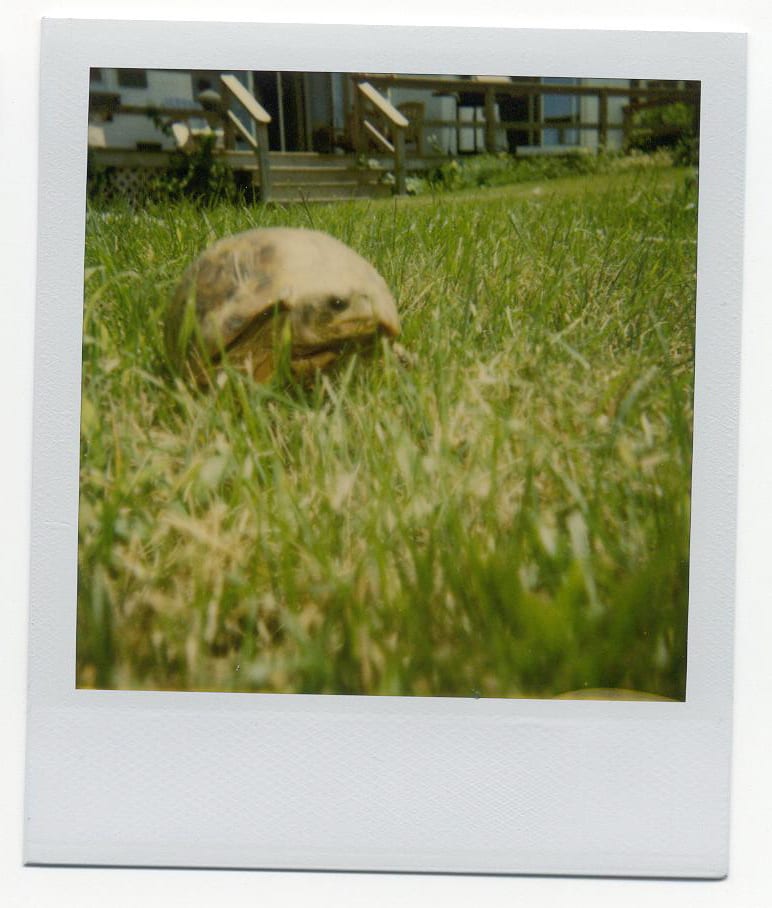 I used to be a regular at the pet store on the second floor of my local mall, down by Sears. Whenever I had to go with my mom to run errands, at the end of our quest, I would drag her to the pet shop. I gaped at the squirmy puppies – all cartilage – and kittens no more than eyes and fluff, along with the usual sickly goldfish and colorful, preachy birds. What got me though was that they had tortoises. In a hexagon plexiglass-walled pen in the middle of the store, filled with sawdust chips and a miniature wooden house, a dozen desert tortoises casually plodded, frequently pushing into each other, like bumper cars toward the end of the ride when the mechanisms wind down. Their earthy brown-and-gold shells made them seem like boulders that had come to life, rolling about at their own will. I admired the methodical and slow yet determined pace that they kept, much like senior citizens who walked laps between Lord & Taylor and the food court.