For the full interview, see it on The Believer.
Published on February 5, 2020.

I cannot tell you how excited I am to have an interview with Nina MacLaughlin up on The Believer Logger today. Nina has been a role model and inspiration to me since I first met her in spring 2015, right before the debut of her memoir, Hammer Head: The Making of a Carpenter. It was such a pleasure to talk to Nina about her new book Wake, Siren: Ovid Resung, which was published this past fall by FSG Originals. Thank you to Hayden Bennett at The Believer for his edits and for publishing the interview, and thank you to Nina for letting me ask her a million questions and for giving such thoughtful responses. I hope you enjoy reading the interview as much as I enjoyed doing it. Here’s the opening: 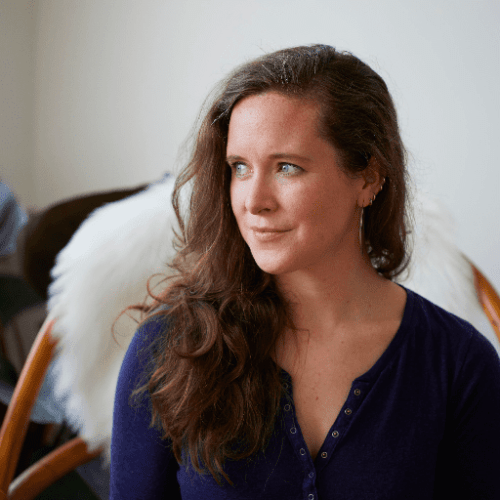 “THESE STORIES HAVE BEEN EXISTING IN ME ALL ALONG, LIKE HOW THEY EXIST IN ALL OF US, WHETHER WE KNOW IT OR NOT.”

Nina MacLaughlin and I went to the same high school, but not at the same time. She graduated nine years ahead of me—long enough that we didn’t overlap as students, but short enough that we shared many of the same teachers and experiences. Nina and I speak a common language—that of two people who both grew up in the suburbs of Boston, who both attended a New England prep school, who both studied a dead language, who both have spent their adult lives in Cambridge, who both love books and plants and art, who are both working writers.

Up until recently, Nina and I also had in common the fact that we both only write nonfiction—she is the author of Hammer Head: The Making of a Carpenter, a memoir about her decision to leave journalism (Nina wrote for The Boston Phoenix for almost a decade) and pursue carpentry. But I arrive at her Cambridge apartment—located on the first floor of an old brick building, a former Harvard dormitory—to chat with Nina not about writing what she calls “true books,” but about another kind of true writing: fiction.

Nina is the author of Wake, Siren: Ovid Resung, a modern retelling of Ovid’s Metamorphoses, published this fall by FSG Originals. Sure, it’s not nonfiction—but what is this book? A short story collection? A series of vignettes? An epic poem? A historical novel? Fan fiction? I arrive at Nina’s flustered from the extraordinarily hot August day—having walked the fifteen minutes to her apartment from my own, because we are neighbors, too—and also from the fact that talking about fiction is out of my usual comfort zone.

I trip on an uneven floorboard in the vestibule of Nina’s building—the same spot where I tripped entering Nina’s place for a housewarming party several years ago—but I catch myself. Nina and I exchange a sweaty hug, and she welcomes me in, offers a ginger beer, and I take a seat on her couch behind a beautiful wooden coffee table, handmade by Nina from a board from her grandmother’s house. Nina arranges herself in a chair across from me, her legs tucked up under a billowing skirt, and I wonder if we are still part of the same world.

Read the interview with Nina here.