For the full essay, see it on The Toast.
Originally published on December 3, 2014. 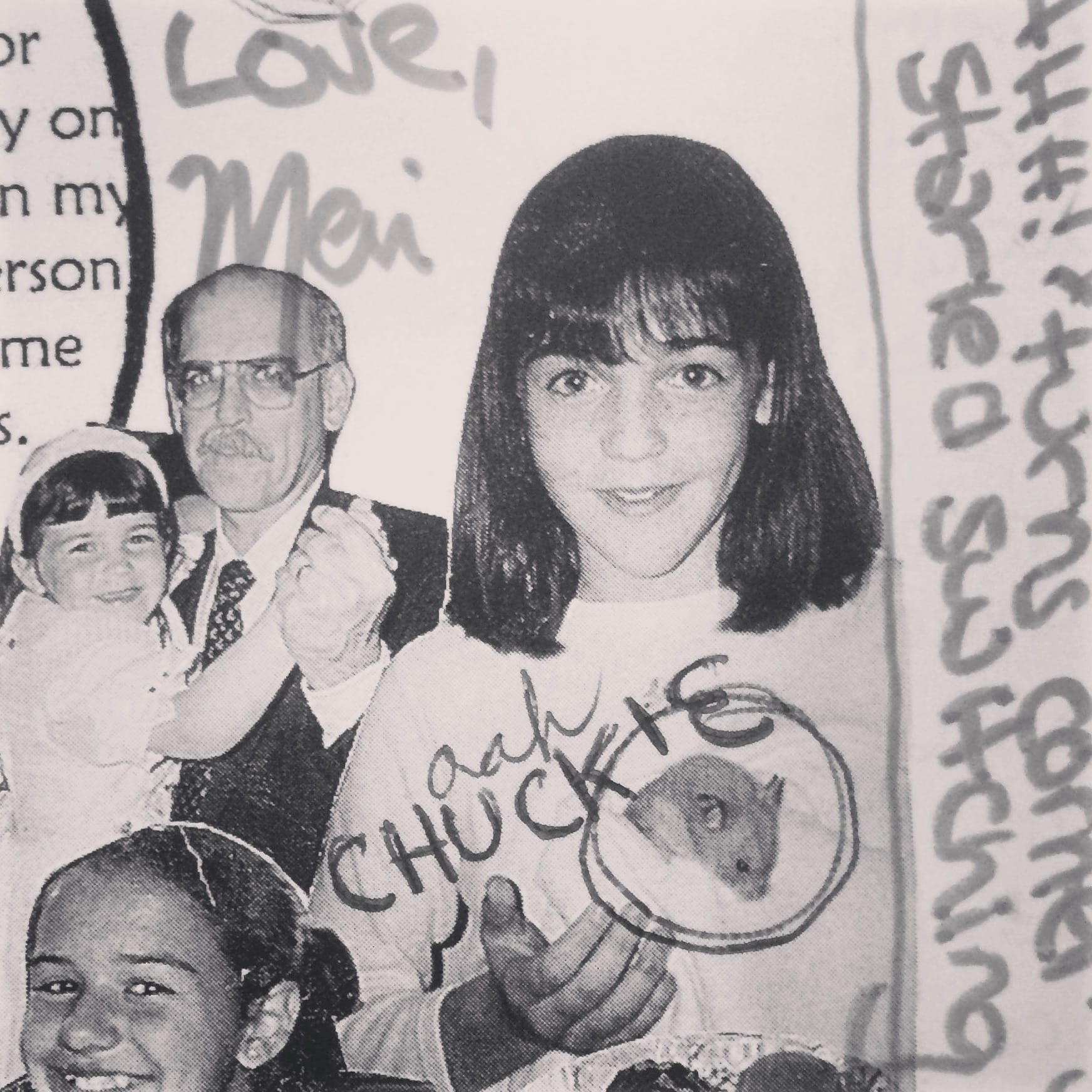 In fourth grade, I was the new student in school. While I liked many of my classmates, I felt shy when it came to having people over to my house or accepting birthday party invitations. Only by the very end of the year had I begun to feel like I made a couple friends, including a sweet, quiet, freckly girl named Meredith, whom everyone called Meri. Meri and I became friends after a hypothetical question about our dream pets posed to the class by our teacher: we both said we would like to have a ferret. We bonded further when we realized we both drool a lot in our sleep. While neither Meri nor I ever got a ferret, at the end of fourth grade, Meri adopted an orange and white hamster named Chuckie from another classmate of ours. Chuckie was already a couple years old, which is well past middle age for a hamster, plus he had a hard life before he arrived in Meri’s warm, caring arms. Our classmate’s older brother liked to jump over the squirmy, scrawny fistful of fur with his skateboard. When our classmate decided that perhaps Chuckie would be happier living in a household without such traumas – a rodent heart attack couldn’t be far off if the skate tricks kept up – Meri took him in. Already strongly maternal at nine, Meri showered Chuckie with affection, and in no time at all, he had fattened up and calmed down: a fuzzy sphere with tiny, white hand-claws, shiny black eyes, thin brown ears. His favorite activity was rolling around on the floor inside a transparent blue ball.