Will the Real Chris Eaton Please Stand Up

Will the Real Chris Eaton Please Stand Up

For the full essay, see it on Fiction Advocate.
Originally published on February 27, 2014. 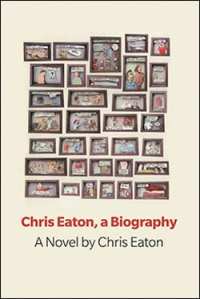 I met the other Elizabeth Bartels at a family reunion in New Jersey when I was in middle school. I had long been used to sharing my first name with classmates – in the fourth grade there had been enough Elizabeths to need to distinguish between us using our last initials. Quickly, though, my teacher shortened “Elizabeth B.” to “E.B.” when calling morning attendance and it stuck. Even though I was Elizabeth A. Bartels, I started going by E.B. Bartels, and when I was accused of having a redundant name (“Your name isn’t Elizabeth Bartels Bartels!”) I said that “E.B.” simply stood for “Elizabeth” cut in half: Eliza. Beth.