In my first Wellesley Writes It interview of 2020, I emailed with Patrice Caldwell ’15 — literary agent, writer, founder of People of Color in Publishing, and editor of the anthology A Phoenix First Must Burn. Here’s the beginning of the interview: 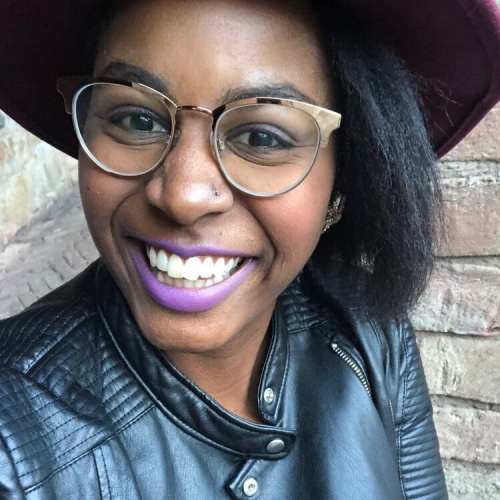 Patrice Caldwell ’15 is the founder & fundraising chair of People of Color in Publishing – a grassroots organization dedicated to supporting, empowering, and uplifting racially and ethnically marginalized members of the book publishing industry. Born and raised in Texas, Patrice was a children’s book editor before shifting to be a literary agent at Howard Morhaim Literary Agency.

In 2018, she was named a Publishers Weekly Star Watch honoree and featured on The Writer’s Digest podcast and Bustle’s inaugural “Lit List” as one of ten women changing the book world.

Her anthology, A Phoenix First Must Burn – 16 stories of Black girl magic, resistance, and hope – is out March 10, 2020 from Viking Books for Young Readers/Penguin Teen in the US/Canada and Hot Key Books in the UK! Visit Patrice online at patricecaldwell.com, Twitter @whimsicallyours, and Instagram @whimsicalaquarian.

Wellesley Underground’s Wellesley Writes it Series Editor, E.B. Bartels ’10, had the chance to converse with Patrice via email about publishing, reading, and writing. E.B. is grateful to Patrice for willing to be part of the Wellesley Writes It series, even with everything else she has going on!

EB: When did you first become interested in going into writing and publishing? Did something at Wellesley spark that interest?

PC: For as long as I can remember, I’ve loved writing. It’s how I best express myself. That love pretty naturally grew into creating stories. I’ve always had a very vivid imagination. I’ve also always been pretty aware that publishers exist. I remember at a young age noticing the logos on the spines of books (notating the imprint/publisher), so by the time I was a teen I could recall which publishers published my favorite books (served me very well in interviews, haha) and was curious about that process. But I was a theater kid, intensely, that’s what I thought I would do, but then I decided to go to Wellesley and majored in political science (especially theory—I took ever class Professor Grattan, she’s brilliant) but then dabbled in a bunch of other subjects, including English. I think English courses definitely strengthened my critical thinking, but I absolutely do not think you have to be an English or creative writing major in order to work in publishing or be a writer. My theater background is just as helpful as is my political theory one. (I have friends who are best-selling authors who did MFA programs and others who never went to college.)

Wellesley was my safe space. I came back to myself while at Wellesley. I wrote three (unpublished) manuscripts during my time there, starting the summer after my first year, and I held publishing and writing related internships. I also took a fantastic children’s literature course taught by Susan Meyer (who’s a children’s author herself!) that changed my world. I highly recommend it. We studied children’s literature, got to talk to an author and a literary agent, and we wrote our own stories. I later did a creative writing independent study with her, and I truly thank Professor Meyer for expanding my interest in writing and publishing.

EB: How did People in Color Publishing come about? What goals do you have for the organization? What would you like people to know about it?

PC: I founded People of Color in Publishing in August 2016 to allow people of color clearer access into the book publishing industry, better support networks, and professional development opportunities. It really is about sending the elevator back down for others after climbing (& maybe even assembling) the stairs.

We’re currently working towards nonprofit status. You can learn more about us and our initiatives at https://www.pocinpublishing.com/ and sign up for our newsletter, which is incredibly well done. As you’ll see when you visit the site, the organization really is a team effort. I don’t and couldn’t do this alone; I’ve had an amazing team with me from day one. We each play to our strengths and work really well together. (The org is very active on Instagram and Twitter, too!) 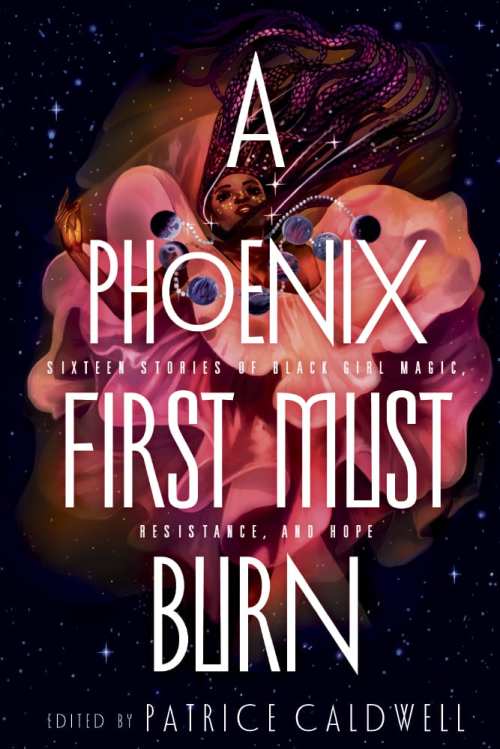 EB: I am really excited about your collection A Phoenix First Must Burn, coming out from Penguin Random House on March 10, 2020. What inspired you to put together that anthology? What was challenging about the process of compiling the anthology, and what was rewarding about it?

PC: Thank you; I’m so excited for it as well. I talk about this more in the book’s introduction, but I was inspired by my eternal love for Octavia Butler—the title even comes from a passage in Parable of the Talents—as well as similar adult market anthologies like Sheree R. Thomas’s Dark Matter, and wondering what one for teens would look like. The answer is power and imagination like I’ve never before seen, in the form of a kick-ass, #BlackGirlMagic anthology that’s hella queer—I love it and wouldn’t have it any other way.

Before I became a literary agent, I was a children’s book editor. The editing of these stories was the easy part. It was super fun. The hard part was wrangling of everyone, haha. Thankfully they were amazing to work with and I wasn’t doing it alone—my then editor Kendra Levin also has a fantastic editorial eye.

As for what was rewarding, my younger self needed this. Like I said, it’s Black and queer. Since Toni Morrison passed, a day hasn’t gone by in which I’ve thought, about how she wrote for Black people, especially Black women, unapologetically. I feel that deeply. I got to work with some of my favorite writers writing today. How often does someone get to say that, you know. And, I grew a lot as a writer. I never thought I could write a short story, but I did. We’ve been getting some really great early reviews (like this beautifully-written starred review from Kirkus, OMG!) But going back to how my younger self needed this, the most rewarding thing has been the people who’ve reached out how excited they are to read it and how much they’ve been craving a book like this. It’s a dream come true. A dream I strategized to reach, worked my butt off on, and so yeah, I’m over the moon.

Go to Wellesley Underground for the complete conversation!