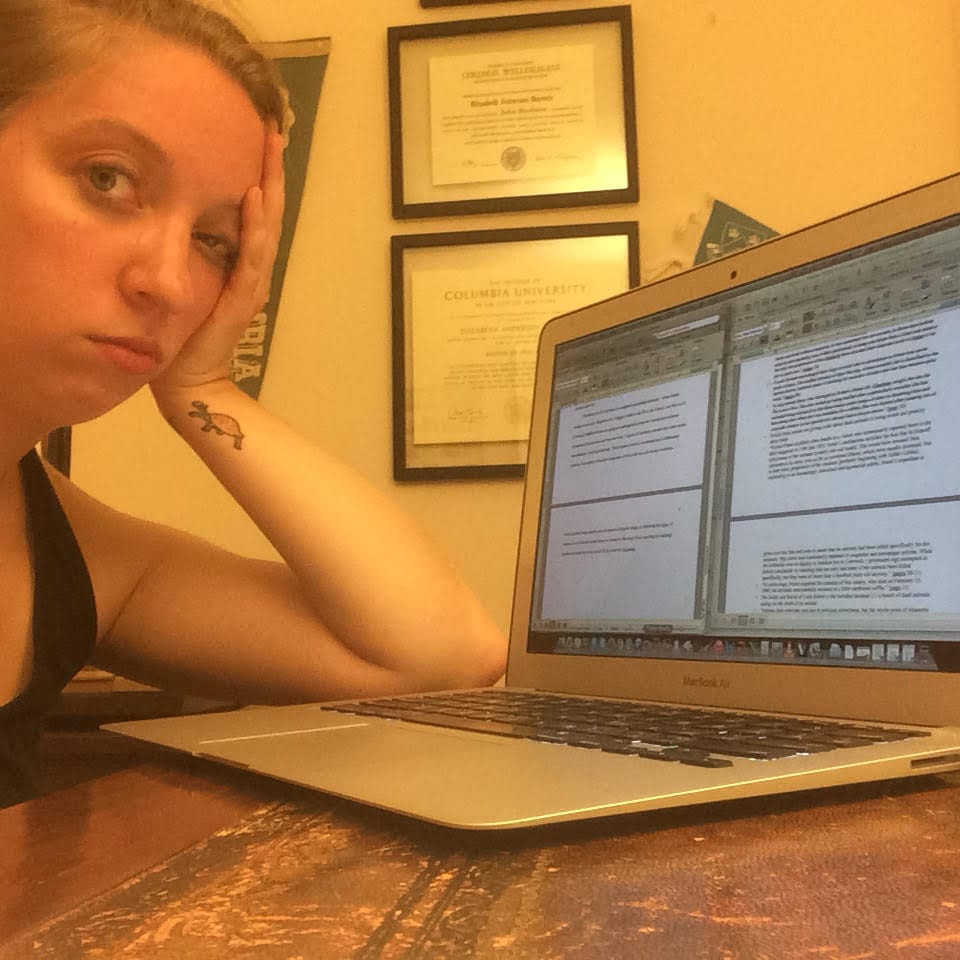 In October 2014, E.B. Bartels ‘10 graduated from Columbia University’s School of the Arts with an MFA in creative nonfiction writing. Now she spends most of her time trying to explain to people the difference between “creative nonfiction” and “journalism” without much success. This frustrates her, but not as much as the fact that she is nowhere near the point she thought she would be with her manuscript by now back when she was an idealistic, optimistic, and idiotic MFA student. Writing is slow and hard, huh. Plus she is extraordinarily good at finding other things to do instead of writing, such as bathing her pet tortoise, Terrence, or vacuuming her apartment, or responding to all her emails with lightning-fast speed, or writing alternative class notes for Wellesley Underground. She should probably get back to working on that manuscript.

On Wellesley Underground’s new series: “At Wellesley, we often talk about our successes or our ideal standards of success, but this does not leave us much space to talk about failure or redefining success outside of the career norms that society expects. Resilience in failure is an important trait for overcoming challenges in life, but until we can talk about failure, we won’t be able to figure out how we are resilient. To help facilitate this much-needed conversation about failures in career, relationships, family, and beyond, Wellesley Underground is introducing a new series – Alternative Class Notes.”