Partial Review of Junie B., First Grader: Shipwrecked Which I Can’t Fully Review Because the Babysitting Charge Won’t Let Me Finish It

Partial Review of Junie B., First Grader: Shipwrecked Which I Can’t Fully Review Because the Babysitting Charge Won’t Let Me Finish It

The other day I was in a yoga class, and I found myself wondering how the Christopher Columbus play turns out in Junie B., First Grader: Shipwrecked by Barbara Park.

Yes, this is what it has come down to: I think about the plot structure of Junie B. Jones books in my free time. 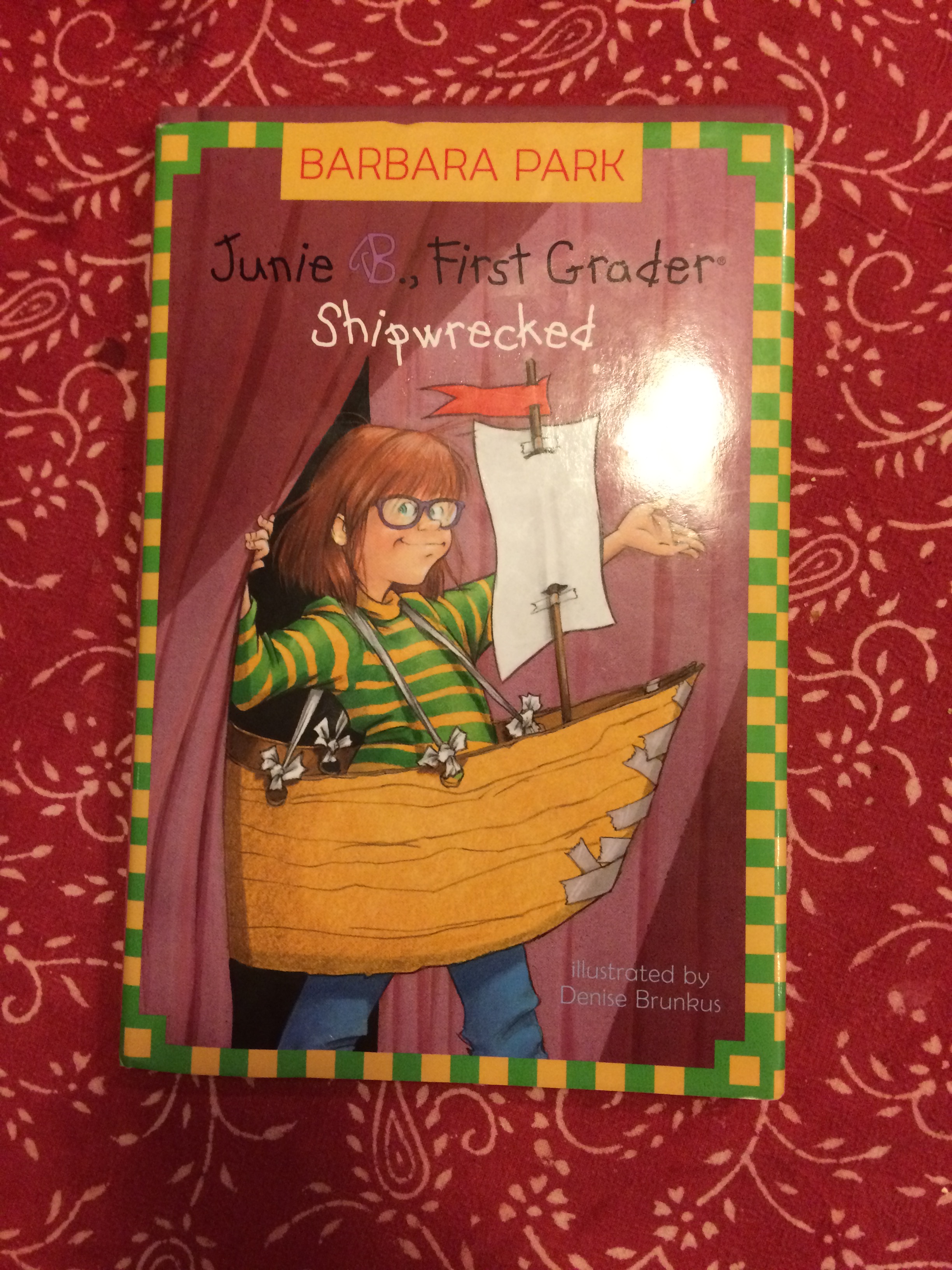 How does this book end? Will I ever know?

You see, I haven’t been able to finish the book yet, because the Babysitting Charge really doesn’t care about the ending. The beginning of the book goes like this: Junie B. Jones is in first grade and for the upcoming Parents’ Night, the class is going to put on a play that they created themselves using facts about Christopher Columbus and Columbus Day. (On a side note, this is not an old book. It was published in 2005, when I thought we’d already all agreed that Columbus was an evil psychopath. Barbara Park has some explaining to do regarding her portrayal of Columbus as a national hero, but that’s the subject of another essay.) To write the play, every kid in the class has to bring in as many Columbus facts as she can, and whoever has the most facts, will get to pick her part in the play first. Junie B. brings in eighteen facts, tying with her friend José, and so they get to pick their parts before anyone else: José wants to be Columbus, and Junie B. wants to be the Pinta, because it was the fastest ship, and she thinks, therefore, she will “win” the race a.k.a. the play.

Junie B. clearly has some things to process in terms of understanding how plays work.

But do I know if Junie B. “wins” the play, whatever that means? Do I know how her Pinta costume turns out? Do I know if her parents are proud? Do I know if she somehow royally fucks up her role as a ship? Do I know if Barbara Park has some huge take down of Columbus at the end of the book where she explains to children everywhere that he was a bad, bad man, and you can’t just swoop in a steal land that belonged to other people for millennia?

Do I know any of these things???

I could recite the beginning of the book now by memory, because the Babysitting Charge loves that opening drama so much – creating the play! finding the facts! choosing the parts! – and doesn’t give a damn about the resolution. Every time we hit the end of chapter five, she loses interest and wanders off, only to return later and ask for me to start reading the book again.

In particular, she loves the chapter where Junie B. brings in her eighteen facts and co-wins the fact-finding competition in class. I’ve read this specific chapter out loud more than any other part of the book, and it mostly involves me yelling “EIGHTEEN FACTS I FOUND EIGHTEEN FACTS EIGHTEEN!” over and over again while in my heart of hearts I just want to know does the play go well???

It seems I will never know.

Or maybe I’ll just finish the end of the book on my own when the Babysitting Charge is watching Disney Junior one night. I’ll let you know what happens.