For the full interview, see it on Fiction Advocate.
Originally published on August 15, 2016. 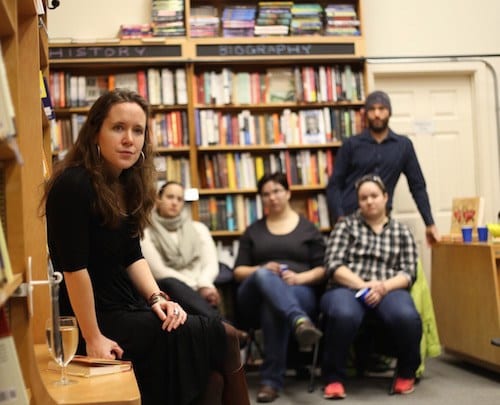 Nina MacLaughlin is the author of Hammer Head: The Making of a Carpenter, a memoir about her transformation from journalist to carpenter. After spending her twenties as a staff writer at the award-winning alternative newsweekly the Boston Phoenix, in 2008 MacLaughlin quit her job to work as a carpenter’s assistant. Eight years later, MacLaughlin continues to pursue both building and writing. Her reviews and essays have appeared in the Boston Globe, Los Angeles Review of Books, The Believer, The Rumpus, The Millions, and Bookslut, among other places, and she has been a guest on All Things Considered. MacLaughlin also writes a blog called Carpentrix. She lives near the Charles River in Cambridge, Massachusetts.