For the full interview, see it on Fiction Advocate.
Published on January 14, 2020. 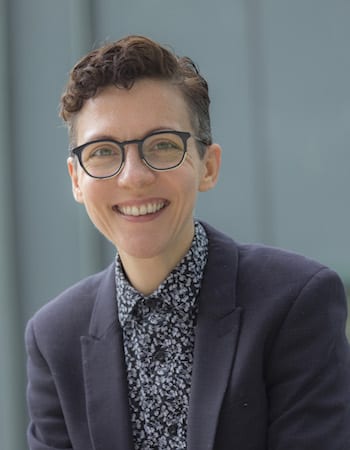 Alex Marzano-Lesnevich is the author of The Fact of a Body: A Murder and a Memoir, recipient of the 2018 Lambda Literary Award for Lesbian Memoir, the 2018 Chautauqua Prize, the Grand Prix des lectrices ELLE for Nonfiction, and the Prix France Inter-JDD, an award for one book of any genre in the world. Named one of the best books of the year by Entertainment Weekly, Audible.com, Bustle, Book Riot, The Times of London, The Guardian, and The Sydney Press Herald, it was an Indie Next Pick and a Junior Library Guild selection, long-listed for the Gordon Burn Prize, short-listed for the CWA Gold Dagger, and a finalist for a New England Book Award and a Goodreads Choice Award, and, and has been translated into eight languages. The recipient of fellowships from The National Endowment for the Arts, MacDowell, Yaddo, and the Bread Loaf Writers Conference, as well as a Rona Jaffe Award, Marzano-Lesnevich has published essays and criticism in The New York Times Sunday Magazine, Oxford American, the Boston Globe, and Harpers. They now live in Portland, Maine and are an Assistant Professor of English at Bowdoin College.