My apologies. I haven’t written a Babysitting Book Review in a while because I have been sitting on this one, totally baffled, as, honestly, I just don’t know what to make of it. 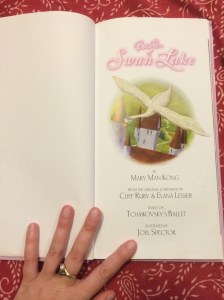 Okay, let’s get this over with.

Enter: Barbie of Swan Lake. Let’s start by setting aside the fact that I feel pretty weird about these Barbie books in the first place. Barbie is bad enough in real life with her high-heel-shaped feet and totally impossible proportions and the whitest and blondest of white people features, but does she really have to invade books too? Why do we have to suffer through commercial reinterpretations of classic fairy tales featuring Barbie as the protagonist? Aren’t fairy tales already misogynistic/racist/classist/heteronormative/terrible enough without having everyone’s favorite sex-doll-turned-toy get in the mix?

In general, I try to keep an open mind when I read to the Babysitting Charge. (Please note here that one thing I love about kids is their total inability to have any sense of “taste” when it comes to books––whatever that means. A “trashy” Barbie fairy tale is just as satisfying to them as a “classic” masterpiece by Roald Dahl, and, at the end of the day, if a story gets a kid into reading, as the great Donalyn Miller encourages, who cares what they read?) Besides, I love the story of Swan Lake. As a Russian Language & Literature major in college, I spent a year living in St. Petersburg, which included several viewings of the Swan Lake ballet at the famous Mariinsky Theatre. Tchaikovsky is my boy. 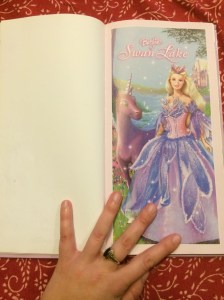 Then I turned to the first page. “Once upon a time, there was a beautiful girl named Odette. She was sweet and kind…” Yeah, yeah, yeah. Then I blinked. 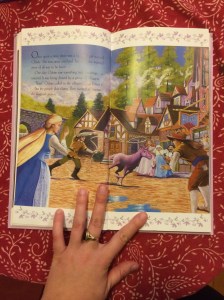 Certain I was hallucinating, I turned to the second page. 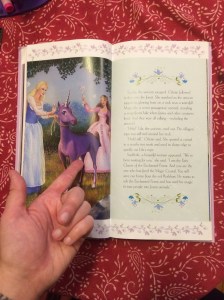 Yes. That is a unicorn.

Nope. Still there. Yes, you are seeing exactly what you think you are seeing––a giant purple unicorn. I’m all for artistic license or whatever, and I know there have been a fair number of adaptations of the classic Swan Lake tale, but last time I checked, none involved a unicorn. “She watched as the unicorn tapped its glowing horn on a rock near a waterfall.”

And then my head exploded.

I read on in disbelief––about an enchanted crystal and some Magic Fairy Queen and a Book of Forest Lore and Odette’s internal struggle to be brave. I quickly realized that the only thing Barbie of Swan Lake has in common with the original is the names: Odette, Odile, and Rothbart. The end. Yeah there is a curse and Odette gets turned into a swan, but that was about it. 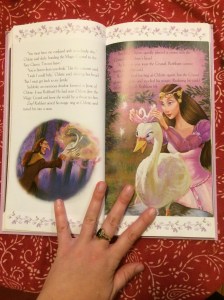 Who is this fairy lady? 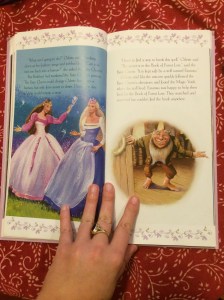 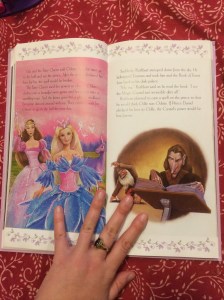 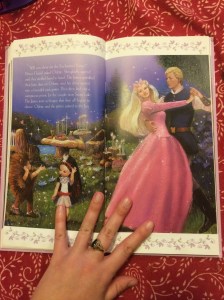 I FEEL LIKE I AM TAKING CRAZY PILLS HERE

By far the highlight of the story was that apparently the illustrator had used Cyndi Lauper for the model of Odile. 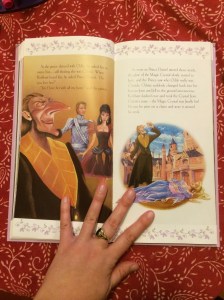 That Odile, what a B. 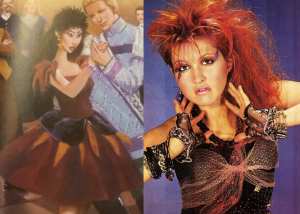 When the troll appeared, I actually started chuckling to myself, and the Babysitting Charge looked at me like I had lost my mind. “A wise unicorn told me that I was braver than I thought,” says Odette at the end of the story, a line that I choked out through suppressed laughter. 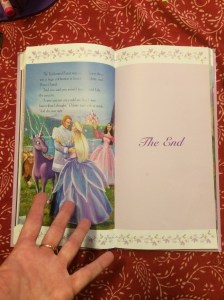 I had never been happier to reach the end of a children’s story before. I quickly closed the book and thought about where I could hide it so I would never have to read it out loud again. Meanwhile, the Babysitting Charge sighed happily.

“I love that story,” she said dreamily.

“This weekend I am going to get to see Swan Lake the ballet with my mom! I can’t wait for the unicorn. She’s my favorite part.”

The poor kid. She is going to be so disappointed.