Open Letter to That Bra I Lost During Senior Week 2010

Open Letter to That Bra I Lost During Senior Week 2010 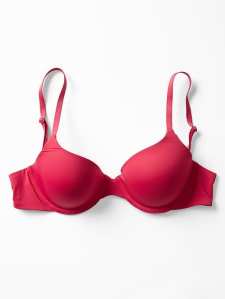 By now you’ve probably disintegrated as much as synthetic shiny material and wire can disintegrate. By now, at least, you are very, very mushy. That is, assuming you weren’t carried off in the mouth of a professor’s dog or tossed in the trash by Wellesley’s fastidious buildings and grounds crew or tacked up as some as some weird trophy by current members of the Wellesley student body. I know that my friend group at least would have made a bizarre shrine to a bra we found in the mud outside of Instead, but maybe that was just us.

I didn’t mean to leave you there, in the mud, behind Instead that night. I promise you. I never intentionally abandoned you. I was just having so much fun – as you remember, my friends and I had rigged up a kiddie pool – a biddy pool, as we called it – full of bubble bath and hot water pumped in through a hose from the Instead kitchen sink, and sat in the warm spring night under the Massachusetts suburb stars, soaking and talking and passing around bottles of wine and Jim Beam.

It was the last week of May, and we were free. We had finished all our work for our classes. Many of us had jobs. We were ready for graduation, which was the next day. It was the time for us to feel excited, empowered, and ready for whatever was next, but mostly we just wanted to sit and soak and talk. We were comfortable with our bodies and each other, secure enough to take off our bras and toss them to the side as we climbed into the biddy pool. Most of all, we were comfortable in this serene Wellesley College bubble that had been our home for four years. We could do anything here: we could skinny dip in Lake Waban or streak on the golf course or climb the fence to get onto the boat dock and share a flask of whiskey. And we were told we could do anything when we left as well: we could be artists and lawyers and academics and mothers and secretaries of state or even the president herself. Rules didn’t stop Wellesley women.

We were just starting to realize what a special thing we had at Wellesley – just how not-the-real-world it was. That revelation wouldn’t fully sink in, for me at least, until many years after I had been away from campus. But that night held the beginning glimmers of appreciation. At Wellesley, during Senior Week, Campus Police might show up by the biddy pool and look at the empty liquor bottles and students in various states of bathing suits and underwear and nudity and shrug and sigh. No arrests, no fines, just a: “Quiet down a little, okay?” And so we continued to lie in the warm, flowery water, talking and drinking and pretending that Senior Week was much longer than a week, and that the ceremony the next day would not change anything.

When finally the bottles were all empty and the water cold and some sensible person suggested we all sleep a little before donning our tams and gowns, I remember walking back to Claflin across campus. That thick foggy mist had settled over Severance Green, and there was something spectacular about the hazy silver air. It seemed only further confirmation that we did not live in the real world at Wellesley College. I was so taken with the beauty of the campus that night, I didn’t even notice that I had failed to put my bra back on under my t-shirt.

I woke up a few hours later in the bright, harsh morning light of my Claflin suite to my roommate standing over me, adjusting his bowtie. “Don’t you have that Russian Department breakfast soon?” I gasped when I saw the time – my parents were probably already sitting in the small, cozy department office on the fourth floor of Founders that had been my second home next to Claflin, and I scrambled to get dressed, trying to ignore the mix of last night’s leftover buzz mixed with the beginnings of the worst hangover of my life. I grabbed my graduation dress and slammed open my dresser to pull out fresh underwear, only to notice that I didn’t have a bra. I had already packed and sent home a large amount of my things, and I had left myself only one bra. The bra I had been wearing the night before. The bra that now sat in the mud somewhere behind Instead. You.

I panicked and threw on the top of a bikini that I happened to have in my drawer – it would have made more sense to wear that to the biddy pool the night before, but Senior Week wasn’t about being practical and planning, it was about spontaneity – and made myself as presentable as possible before rushing to the Russian Department, where both my parents and my three favorite professors gave me a knowing look.

But, for it all, I didn’t miss you. It was tragic, yes, to leave you behind. Bras are expensive, and I wished you were with me when I had to go back to Gap Body in the Ville later to get myself a new bra. And wearing that bathing suit top under my graduation dress and gown all day was not exactly comfortable, but still. If you were collateral damage for one of the best nights of my college life, so be it. Your loss will always represent those perfect Wellesley nights, still far from the real world but full of so much excitement and potential, strong and ready, spontaneous, drunk, happy, full of love, and free.