For the full interview, see it on Fiction Advocate.
Originally published on February 15, 2016. 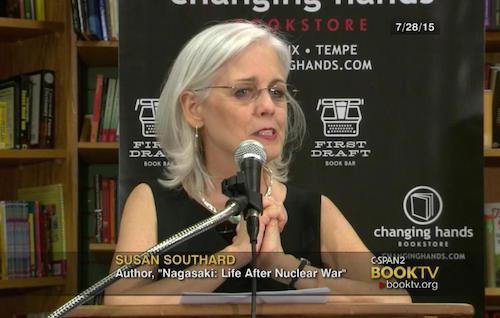 Susan Southard’s first book, Nagasaki: Life After Nuclear War, was a New York Times editors’ choice and named a best book of the year by the Washington Post, the Economist, and Kirkus. Nagasaki was also a finalist for the J. Anthony Lukas Work-in-Progress Award, sponsored by Harvard’s Niemen Foundation and the Columbia University School of Journalism. Southard was a nonfiction fellow at the Norman Mailer Center in Provincetown, Massachusetts, and she holds an MFA in creative writing from Antioch University, Los Angeles. Her work has appeared in the New York Times, the Los Angeles Times, Politico, and Lapham’s Quarterly. She has taught nonfiction classes at Arizona State University’s Piper Writers Studio and has directed creative writing programs for incarcerated youth and at a federal prison for women outside Phoenix. She lives in Tempe, Arizona, where she is the founder and artistic director of Essential Theatre.