For the full interview, see it on Fiction Advocate.
Originally published on April 13, 2016. 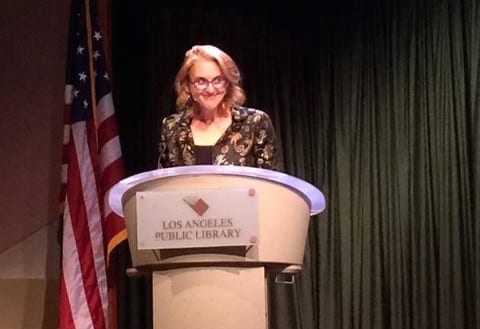 Meghan Daum has written two popular essay collections, My Misspent Youth (Open City Books, 2001) and The Unspeakable: And Other Subjects of Discussion (FSG, 2014), which won the 2015 PEN Center USA Award for creative nonfiction. Daum has also written a novel, The Quality of Life Report (Viking, 2003) and a memoir, Life Would Be Perfect If I Lived In That House (Knopf, 2010). She is the editor of the New York Times bestselling essay anthology Selfish, Shallow & Self-Absorbed: Sixteen Writers on the Decision Not To Have Kids (Picador, 2015).

In addition to her books, Daum has been an opinion columnist at The Los Angeles Times for over a decade, covering cultural and political topics. She has written for The New Yorker, The New York Times Magazine, The Atlantic, and Vogue, among others. Daum is the recipient of a 2015 Guggenheim Fellowship and a 2016 National Endowment for the Arts fellowship and is an adjunct associate professor in the MFA Writing Program at Columbia University’s School of the Arts.