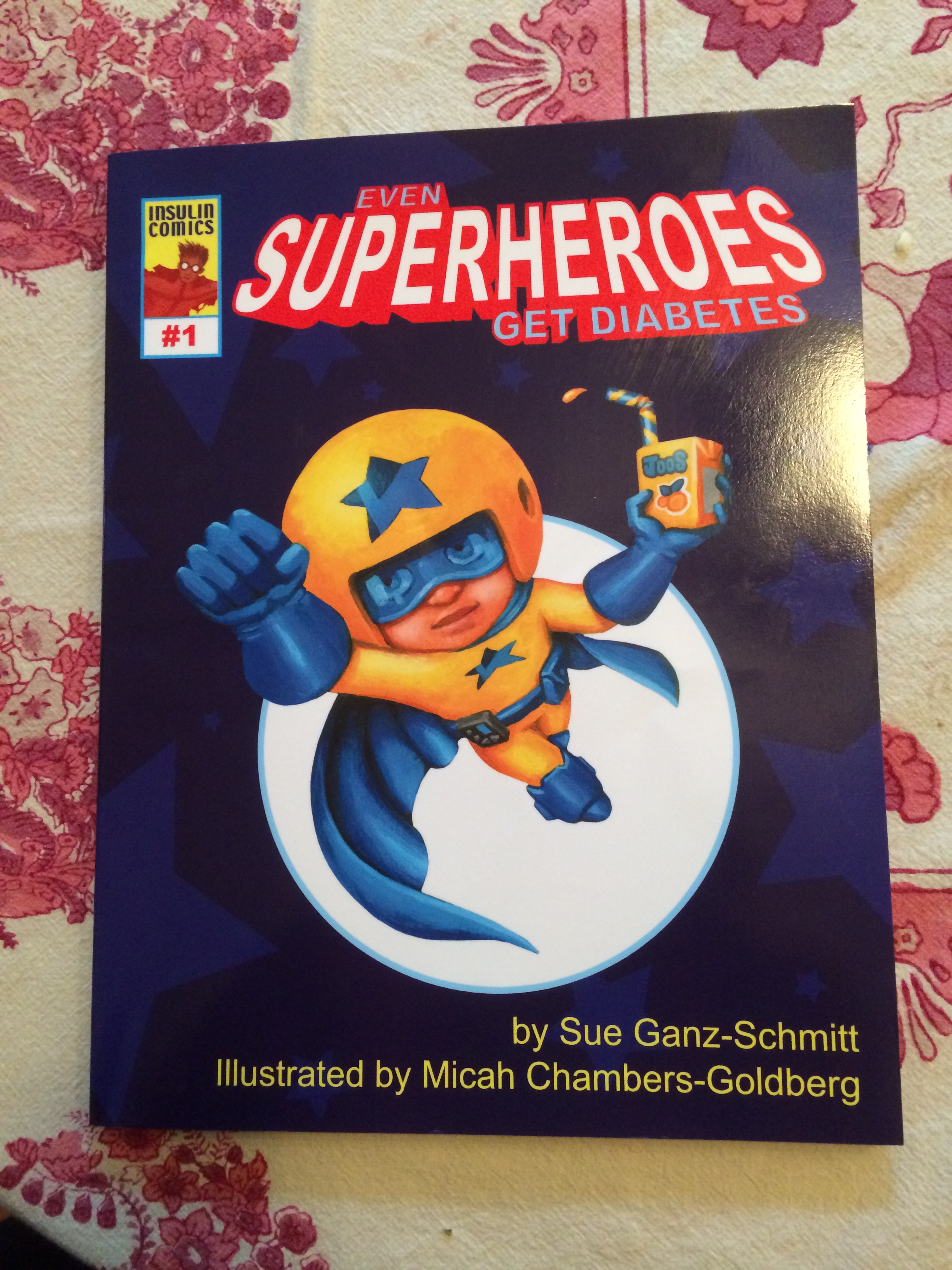 The Babysitting Charge asked me to read this book out loud to her twice in one afternoon, and both times I barely managed to keep it together. Even Superheroes Get Diabetes by Sue Ganz-Schmitt for the win.

A boy, named Kelvin, has a rough day feeling really sick like he has the flu and his parents take him to the hospital. There, Kelvin learns that he has diabetes. The story focuses primarily on Kelvin learning how to adjust to life with diabetes. 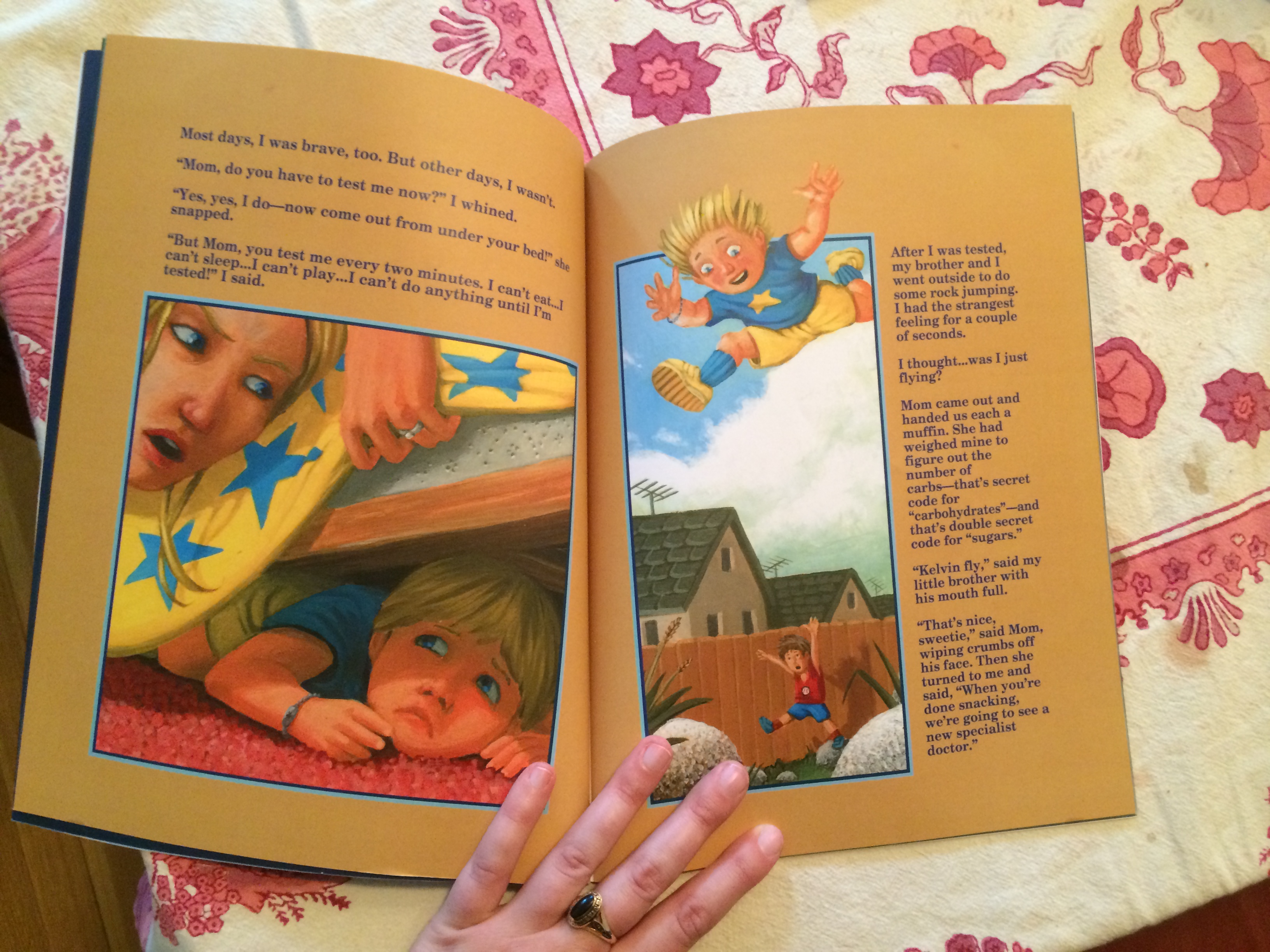 But then one day, Kelvin goes to a special doctor to get an insulin pump and also learns that he has a unique strain of diabetes called – get this – Fly-A-Betes, which allows him to fly as a side effect of the insulin. So, Kelvin becomes Super K, and as a superhero, he works with Captain Fly-A-Betes to deliver insulin and help out kids with diabetes all over the globe. Lots of kids need insulin! Lots of kids have parents who obsessively count how many carbohydrates they eat! Lots of kids have to get their fingers pricked to test their blood sugar! This book makes it no big deal. 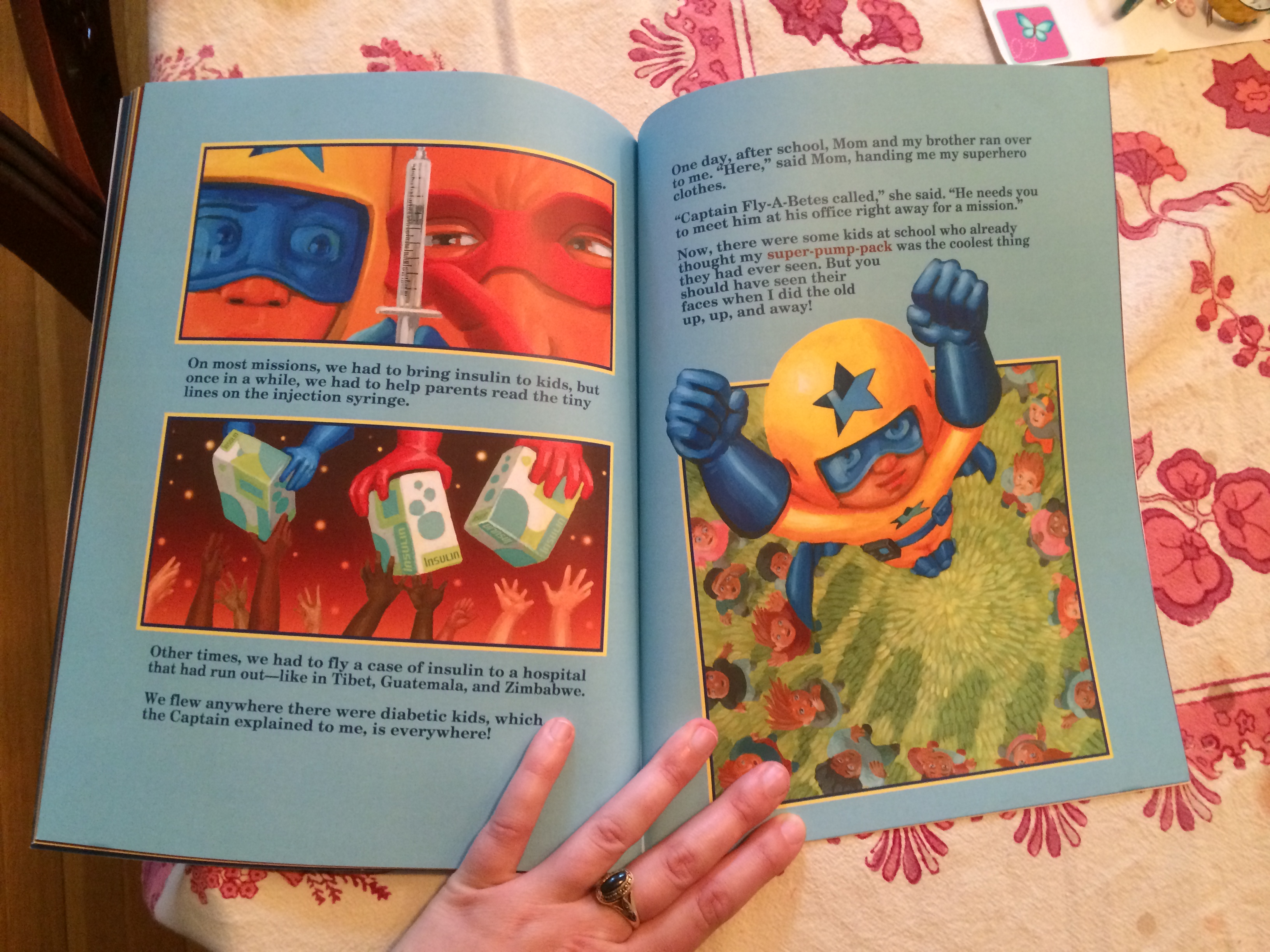 Five out of five stars for moving me to tears because as anyone who knows me knows I do not easily cry since apparently I have a large old boulder where my heart should be. I am obsessed with this Insulin Comics series.