For the full interview, see it on Fiction Advocate.
Originally published on June 15, 2015. 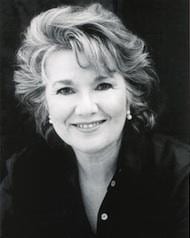 In the third of her series of interviews with women who write nonfiction, E.B. Bartels speaks with former New Yorker staff writer Lis Harris.

Lis Harris was at The New Yorker from 1970 to 1995. She is the author of Holy Days: The World of a Hasidic Family (a New York Times notable book of the year), Rules of Engagement: Four American Marriages, and Tilting at Mills: Green Dreams, Dirty Dealings and the Corporate Squeeze. She has received numerous grants including ones from the J.M. Kaplan Fund, the Fund for the City of New York, and two from the Rockefeller Fund. She has been a recipient of the Woodrow Wilson Lila Acheson Wallace Fellowship twice. Harris teaches in the Writing Program at Columbia University.